The most unexpected things can turn up on a Westray beach, and this dead Lumpsucker was a first for us! The belly was actually a pretty pale blue, helping it to stand out from the seaweed when our dog was sniffing at it. The Lumpsucker is a deep water fish, usually only coming to shallower waters to breed. The male guards the eggs, the female returns to the deep sea. The male uses the sucker, which are modified pectoral fins on his belly,  to attach himself to rocks close to the eggs, and will swim back to his eggs strongly if he is misplaced by several yards. This devotion can lead to his demise, if there are rough seas during the time he is guarding eggs, during the Spring. 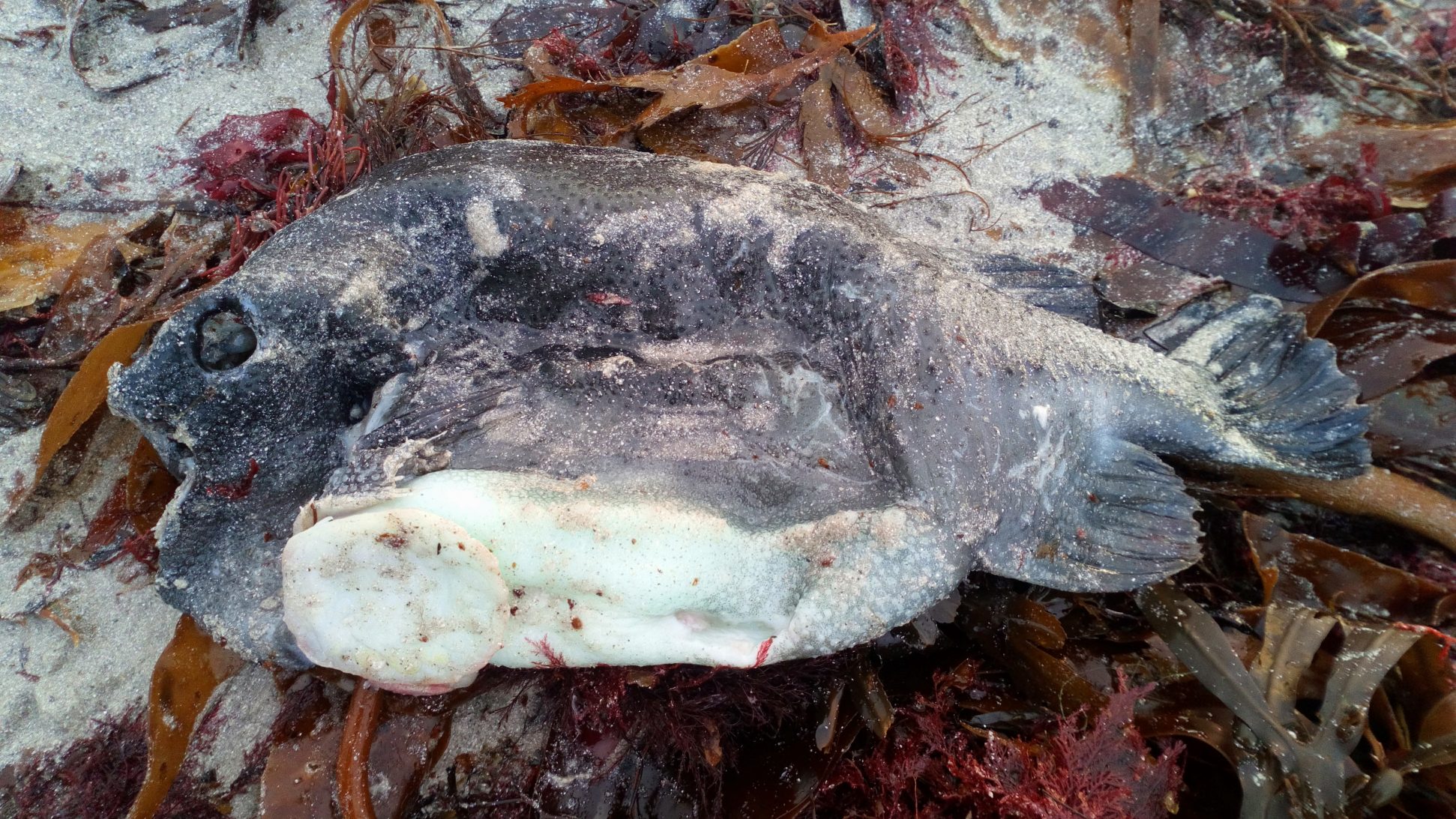 Among the Whooper Swans which we have on Westray, a couple at Tuquoy were of interest. An adult displaying a red coloured leg ring with three digits was with a juvenile. We submitted the details to the WWT and received some details about this bird to the effect that it is a male which was recorded as a nestling in Iceland in 2014. It was then seen in County Mayo, Ireland in January 2017. 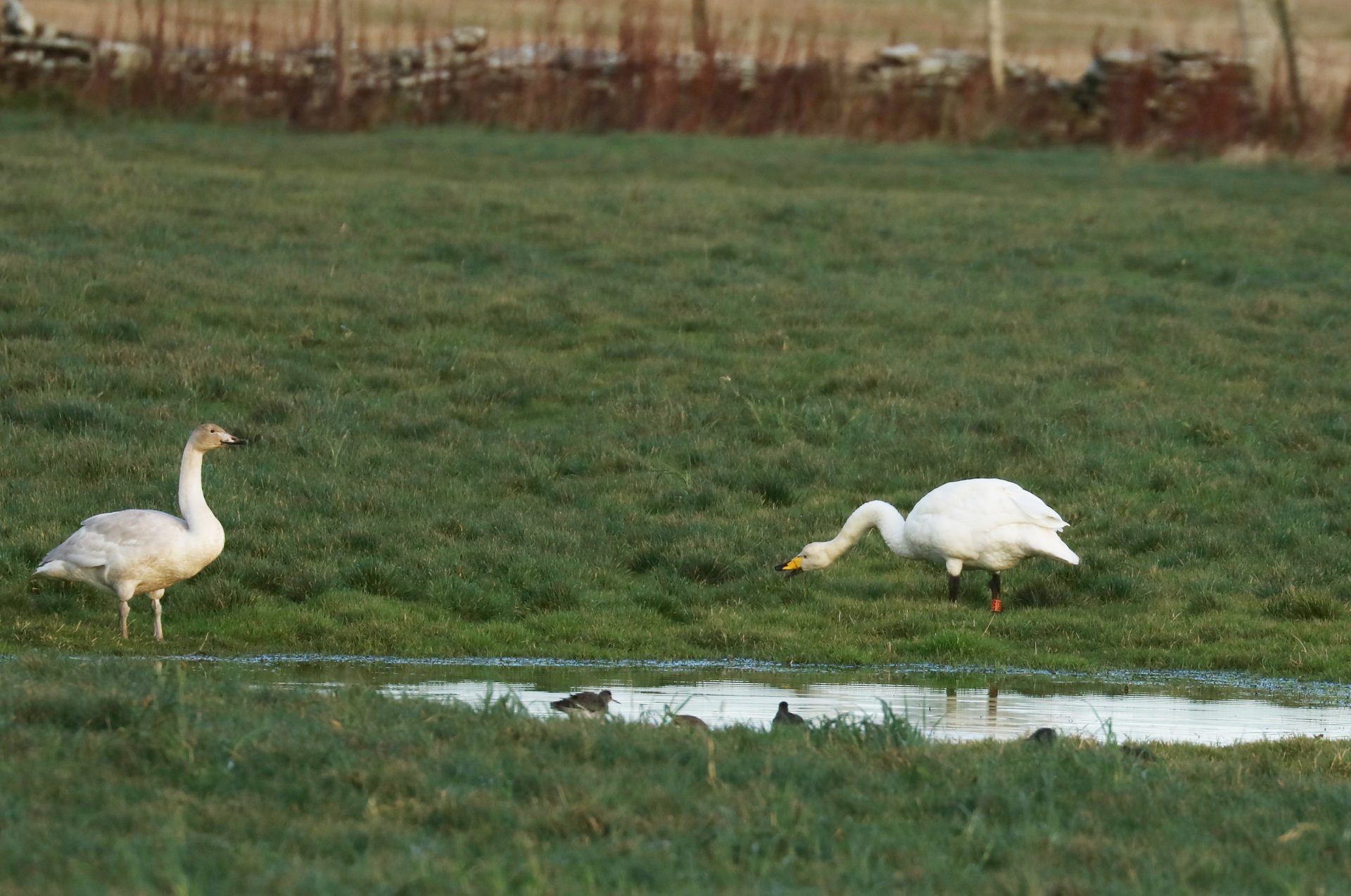 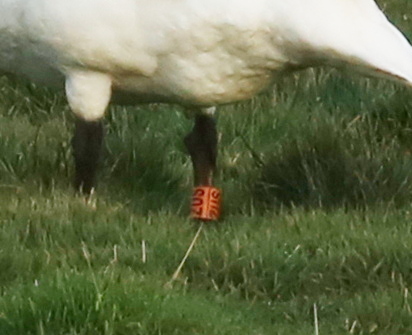 A Snowy Owl has visited Westray on two or three occasions, as well as turning up on Papay, although Eday seems to be it’s favourite island. Having not managed to catch up with it on Westray, we decided a visit to Eday was in order, and were rewarded with good views of this special bird. It remained at it’s chosen resting place all day ( we checked on it a couple of times) until dusk when it flew off to hunt. 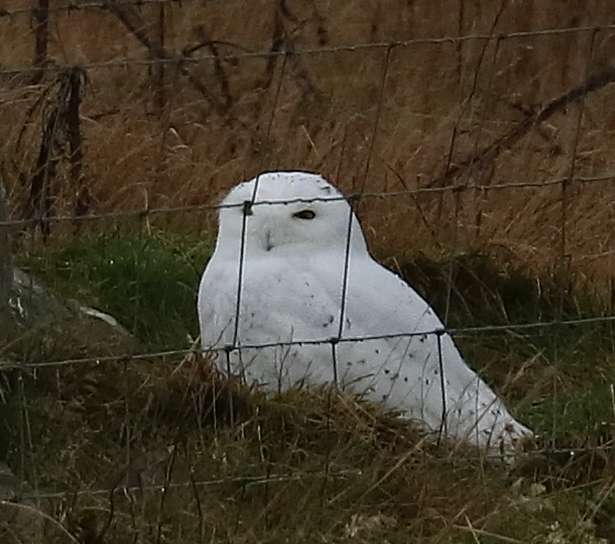 The winter months on Westray often have white-winged gulls visiting from the north and January has seen both Glaucous and Iceland Gulls in the Pierowall area, with one Glaucous sweeping briefly across Skel Wick Bay in the south of the island. 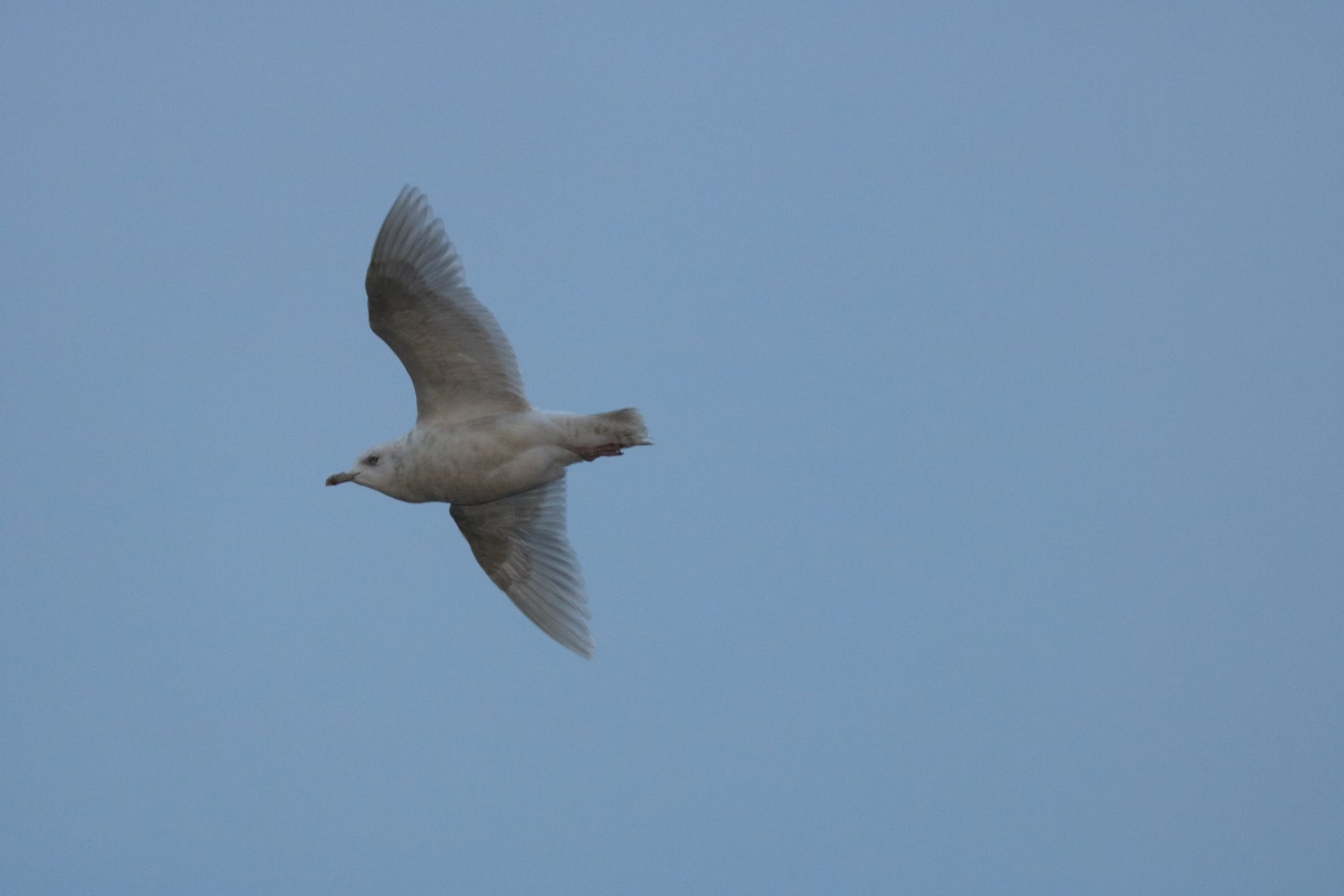 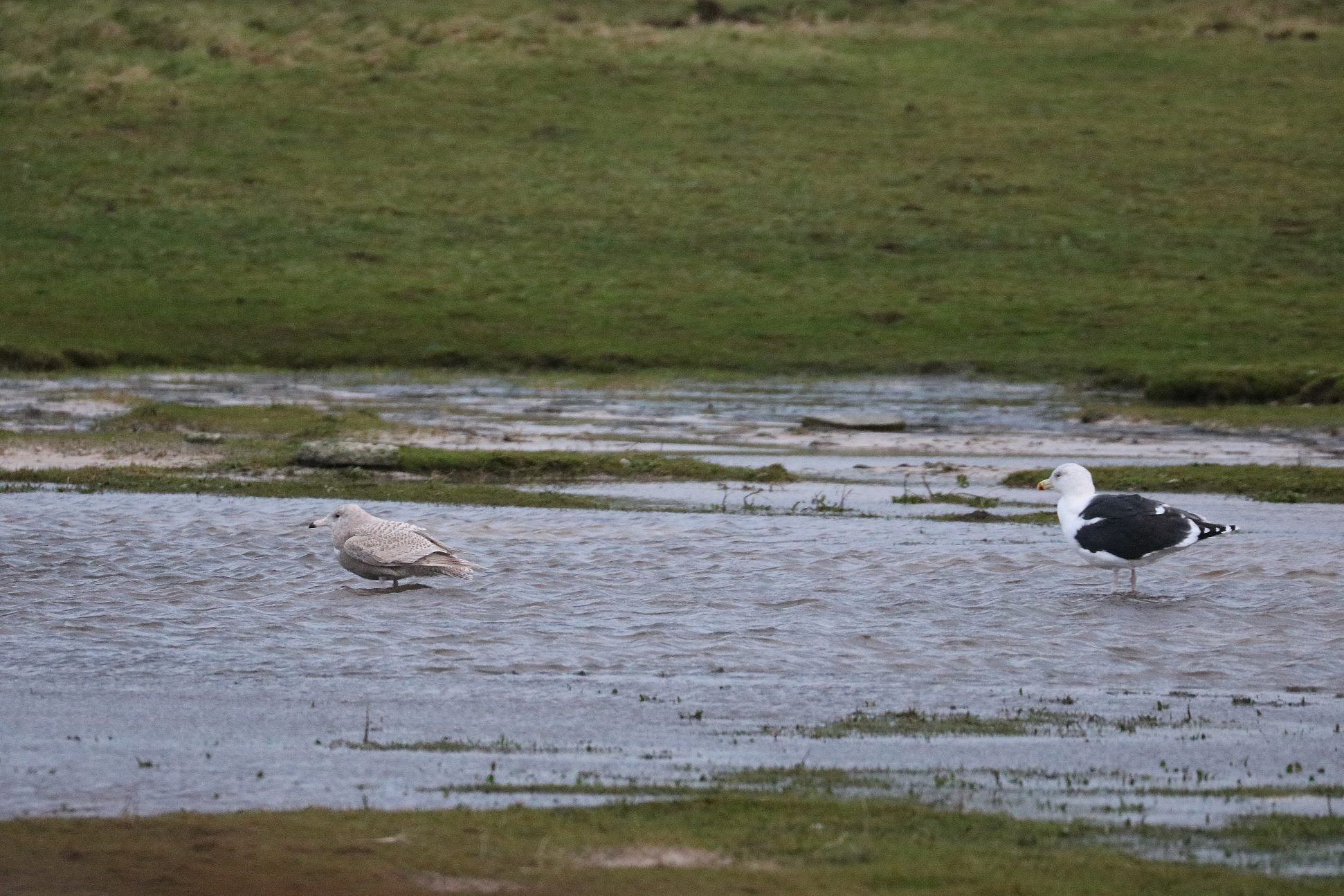 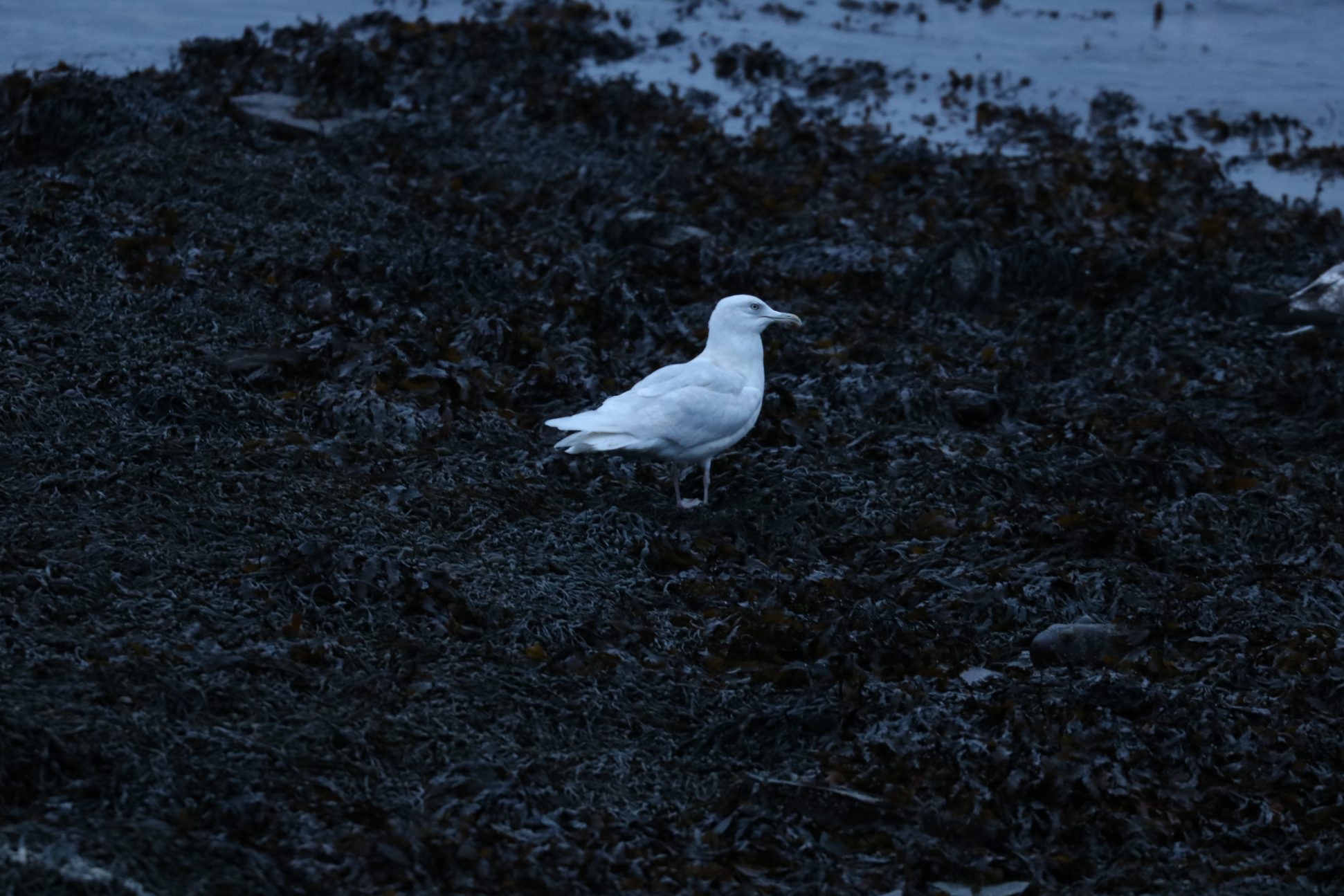