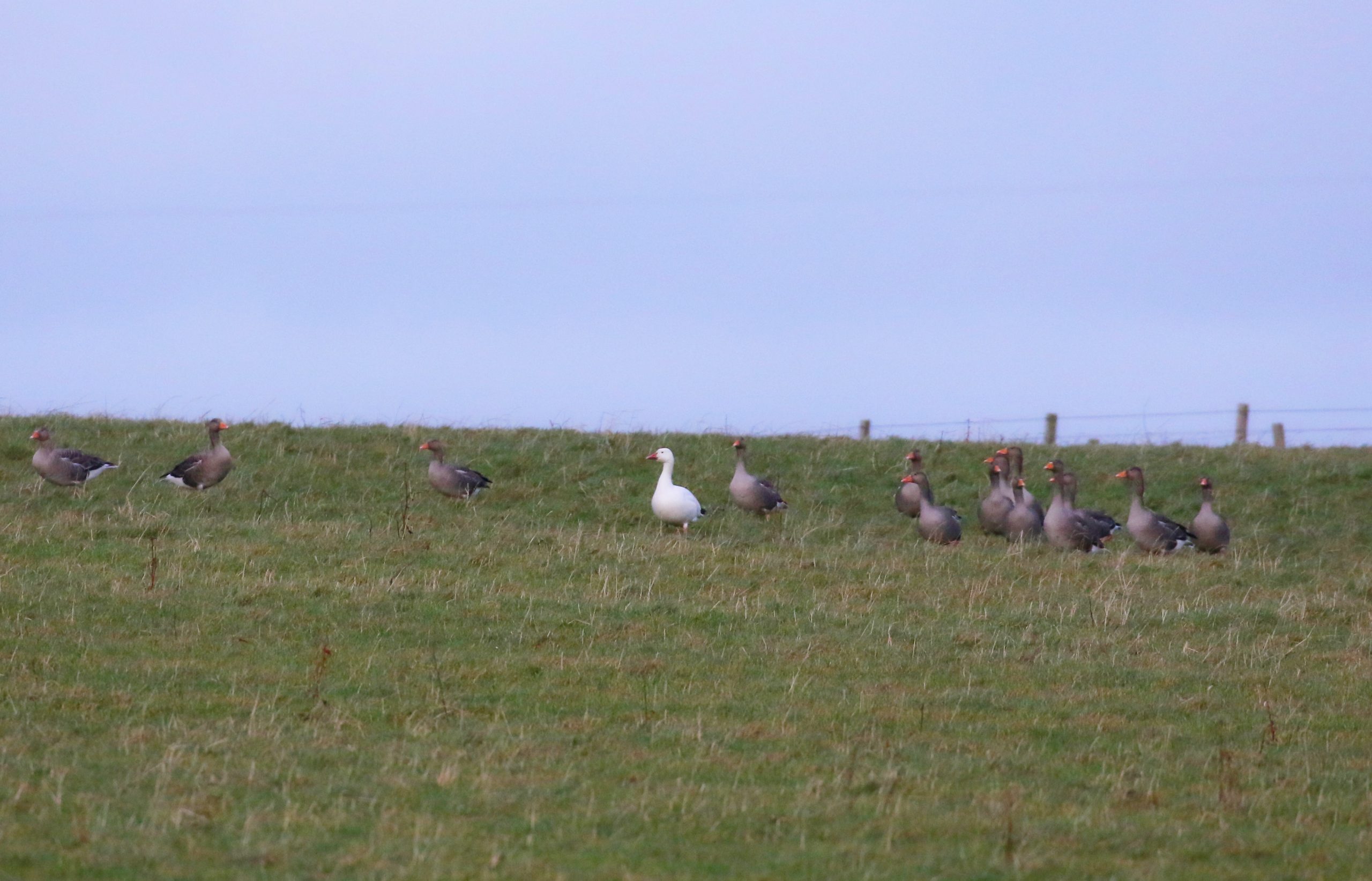 In time for the festive season, and appropriately, a single Snow Goose turned up for a day. It was grazing in a field with Greylag geese near to Swartmil Loch.

We were delighted to be alerted to a possible Orca sighting in Pierowall Bay today. We relocated a pod out from The Ouse and heading north. From a vantage point overlooking the Aikerness waters, we watched two bull Orca with at least three other individuals fishing and splashing before moving again and disappearing behind Bow Head.  We picked them up again as they had past the Skaun and were visible in Rackwick Bay. One of the bulls came closer allowing some better images to be taken. What an exciting day!

Previous PostJanuary 2020
Next PostSeptember and October 2019