Birds of prey have been in evidence again lately. In addition to the more usual Hen Harrier and Merlin, there have been a couple of Common Buzzards about, as well as Sparrow Hawk and Peregrine. The photo of the Peregrine was taken in Pierowall. One of the Buzzards had a plastic wing tag and we found out that the bird was hatched in Orphir in 2011. 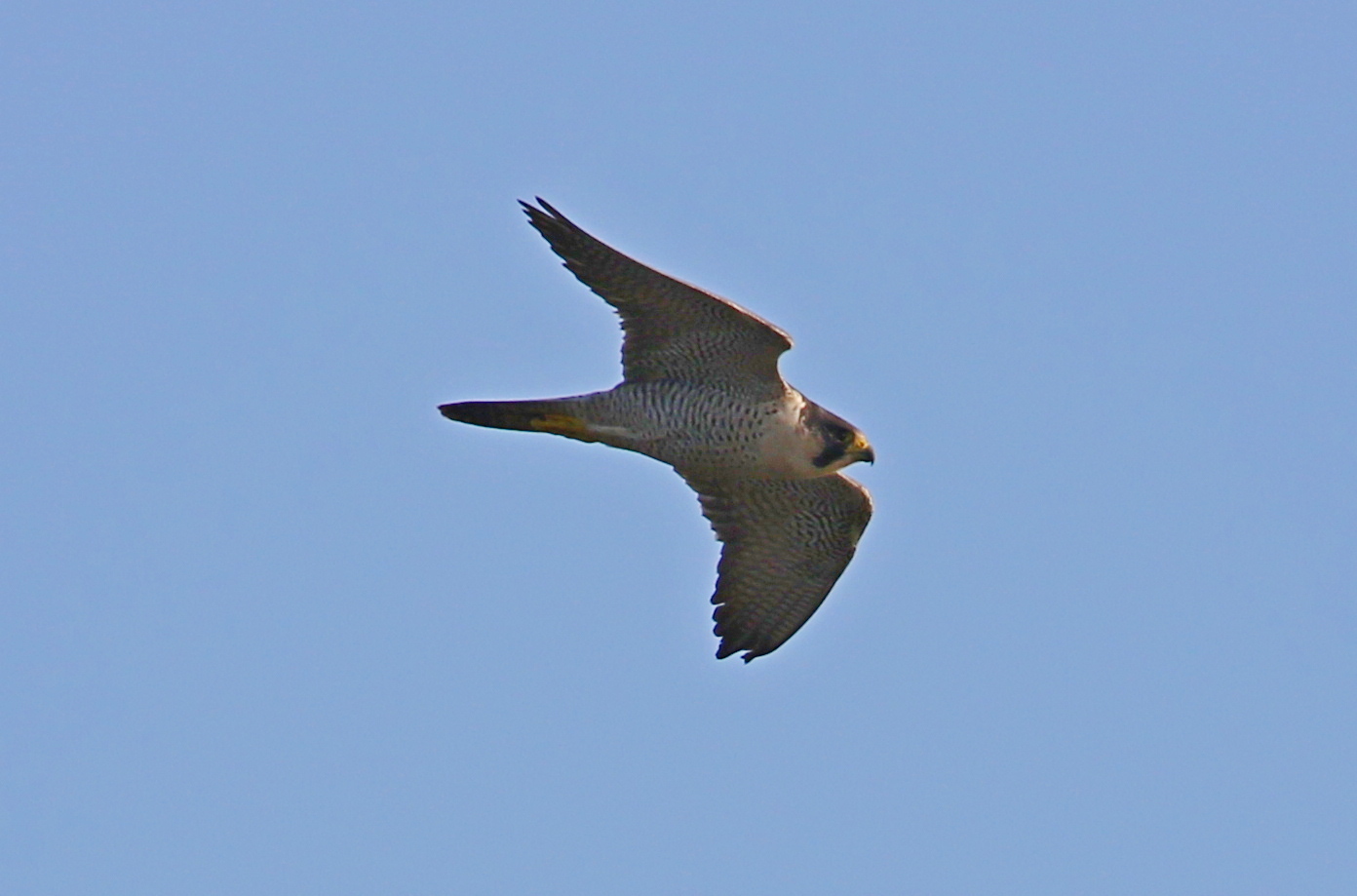 Interesting birds around recently have included a few Jack Snipe, the Grey Plover still in the Aikerness area and, more unusually, a drake Goosander at Skel Wick. This is quite a scarce visitor to Orkney although its close relative the Merganser is a common sight here. 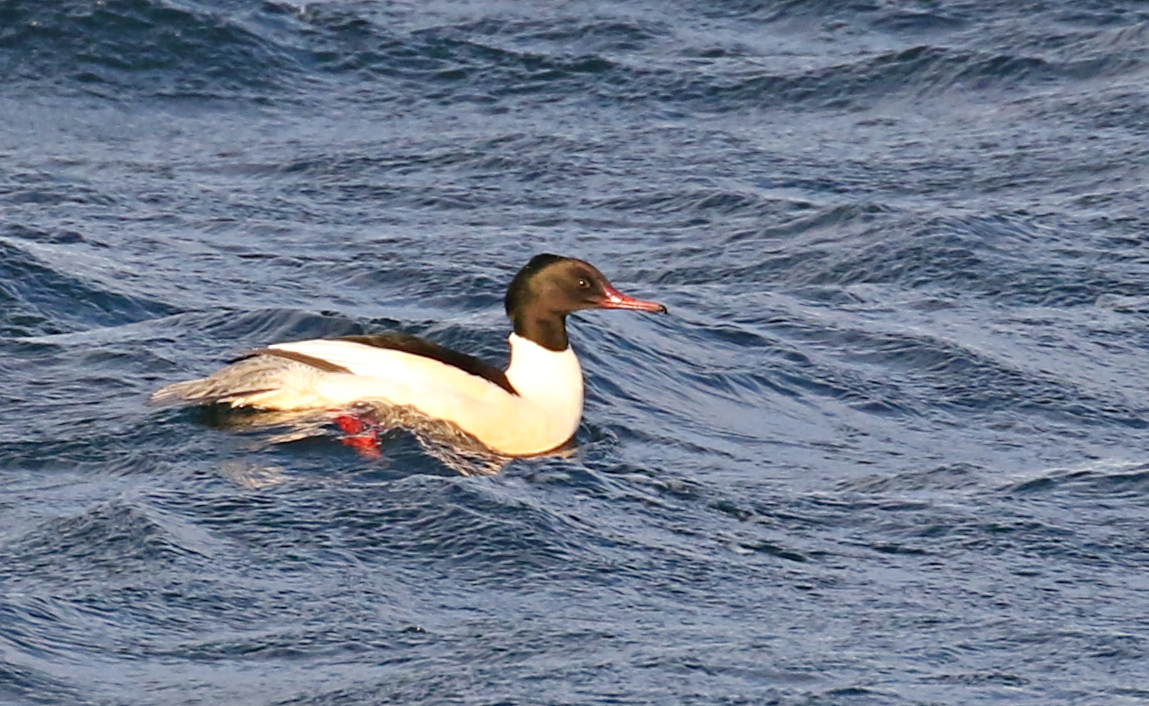 There have been quite a few Whooper Swans about this winter. We get a lot passing through in autumn. Most then head further south for the winter but there have been maybe 17 or more recently. 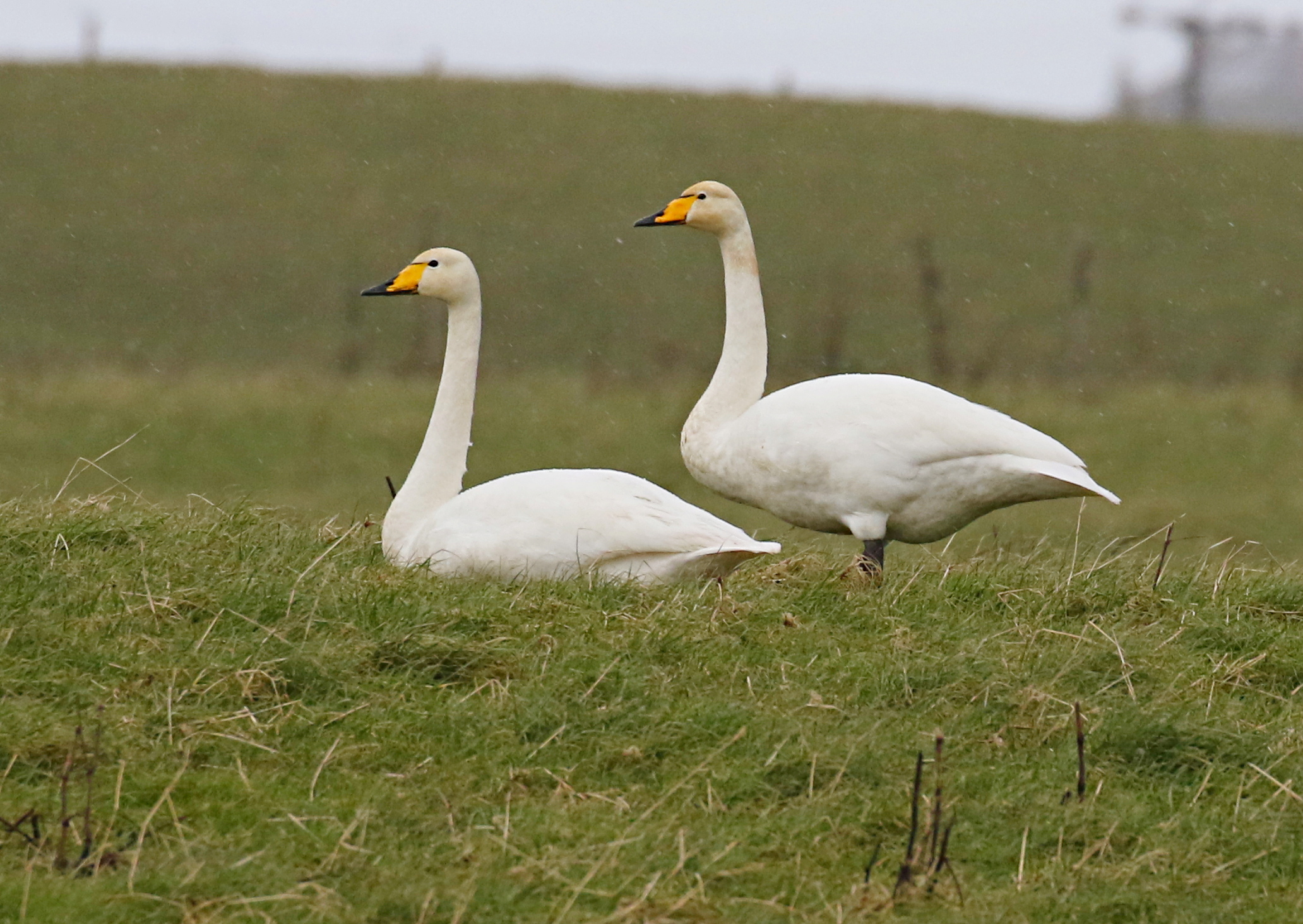