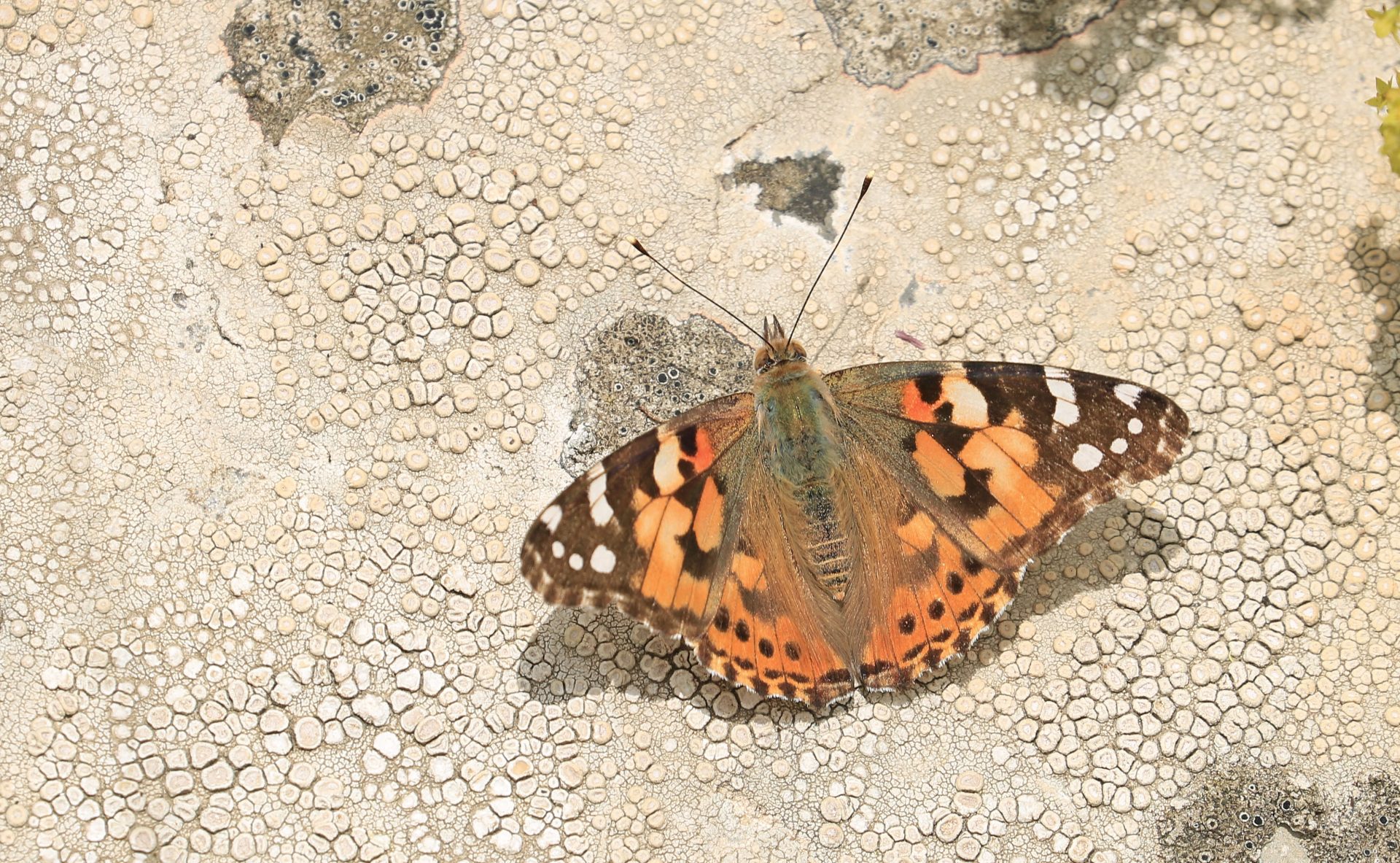 Painted Lady butterflies are appearing with Red Admirals. Both are migrants and very welcome visitors to Westray! 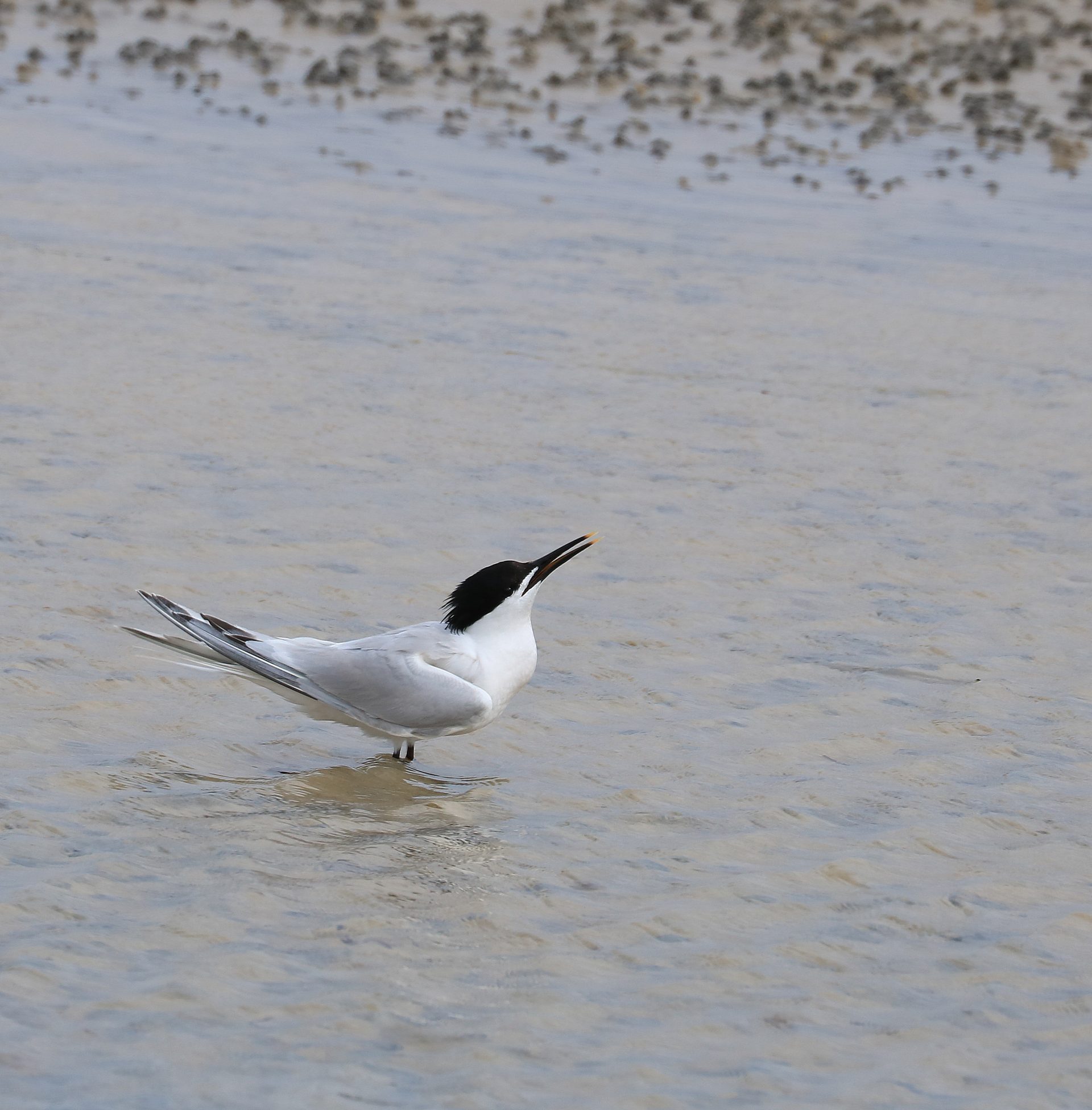 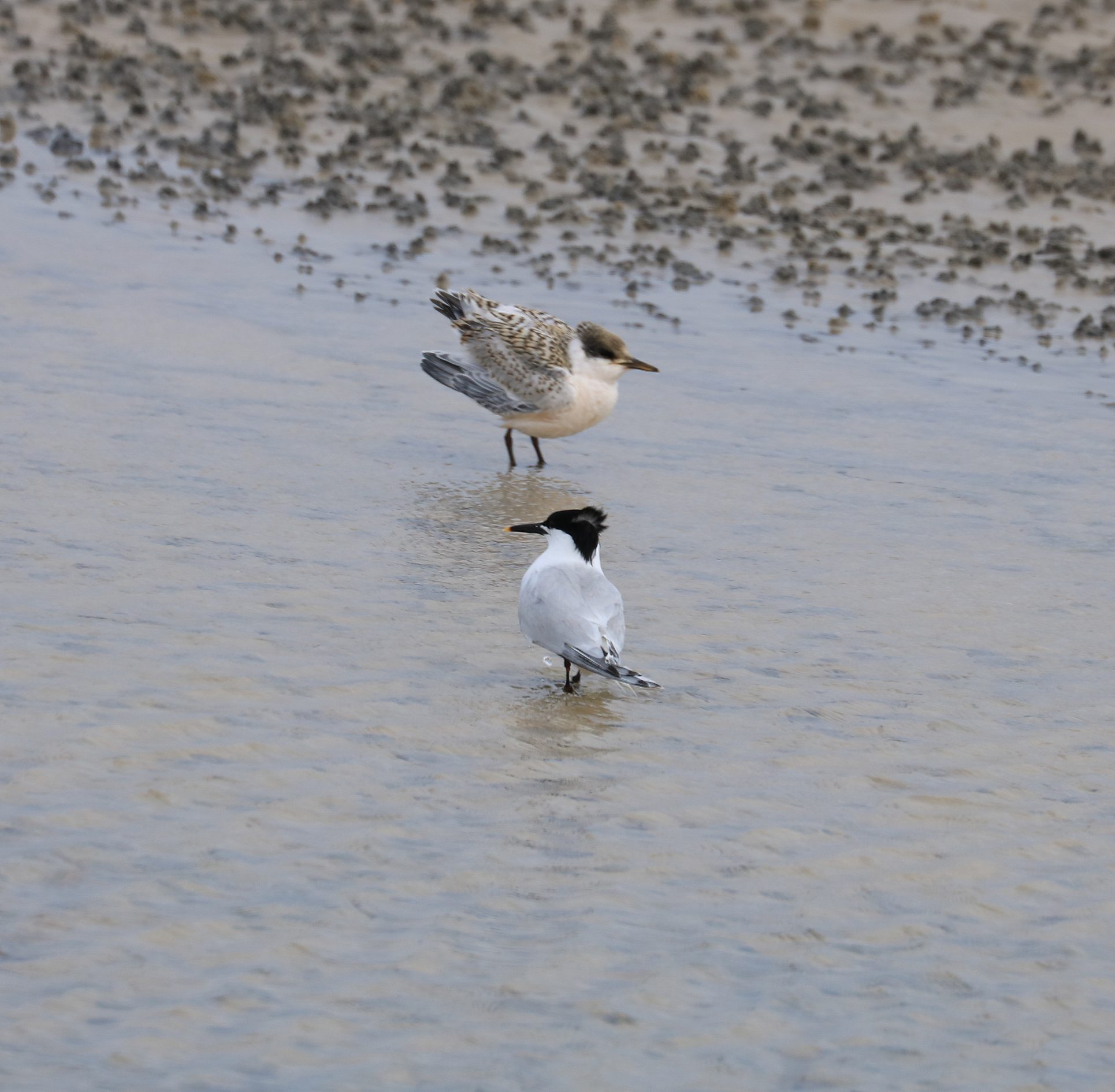 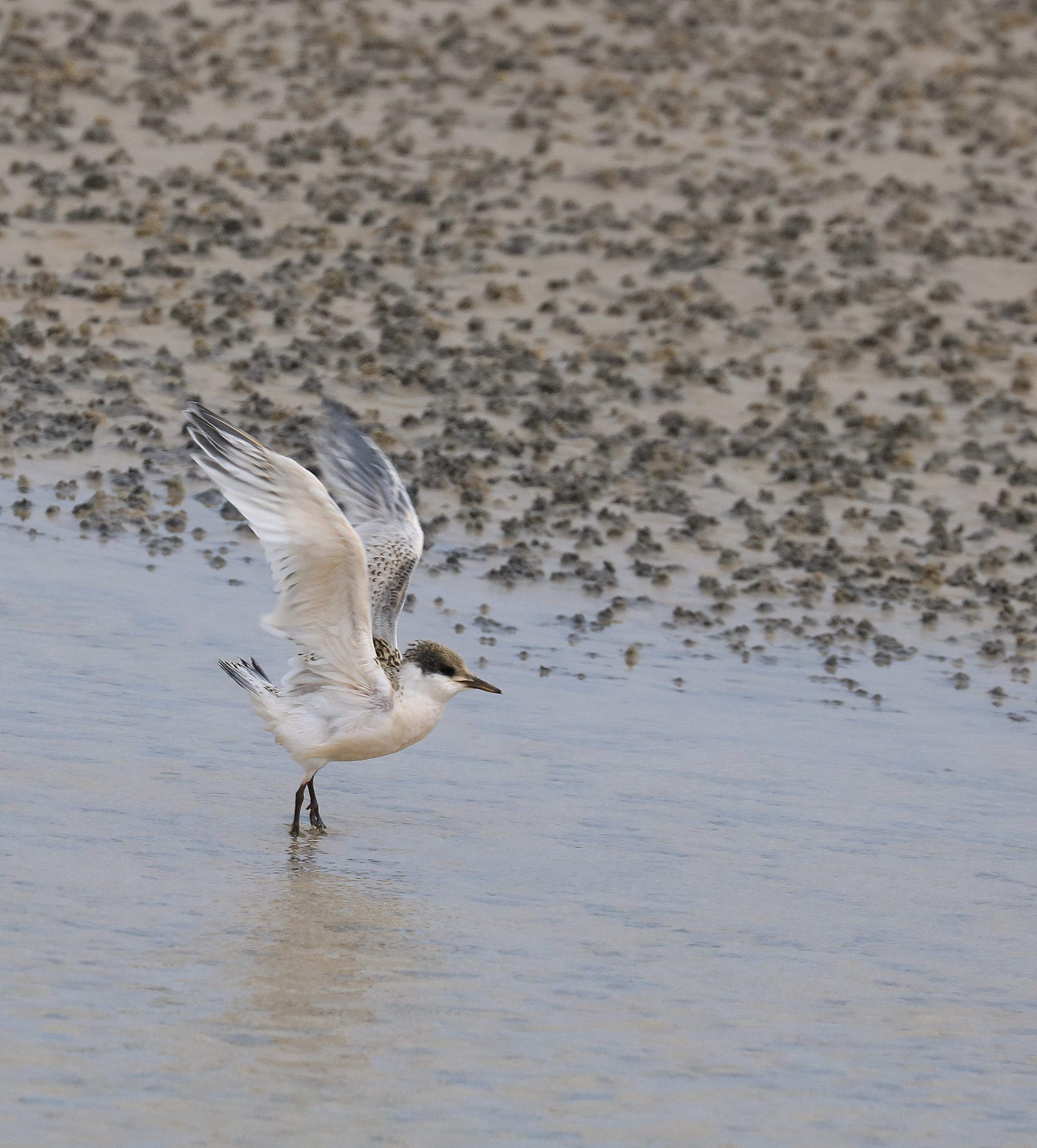 18th June 2018. Common seals are appearing with their pups at different parts of Westray now. 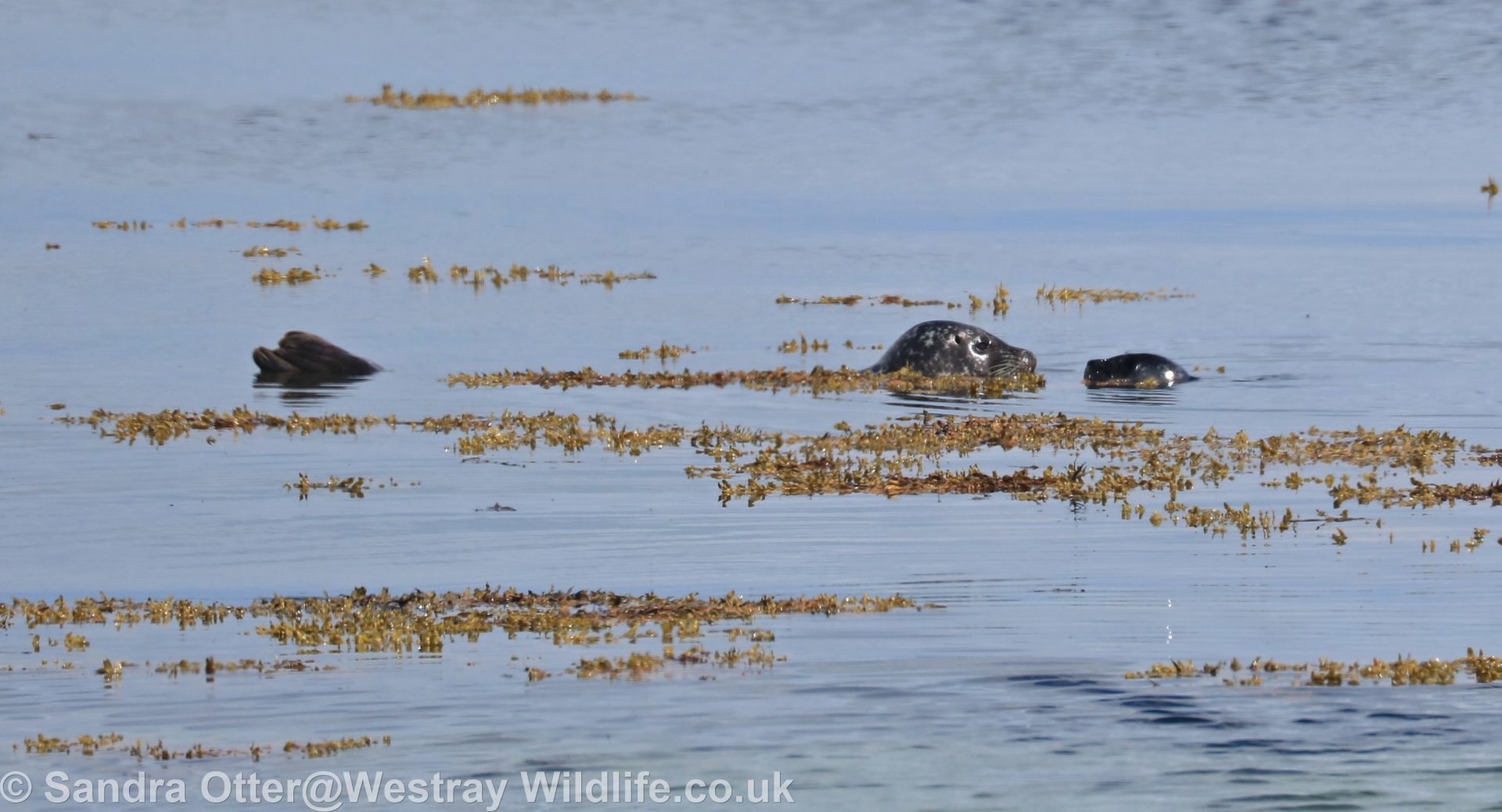 Further sightings of Risso’s Dolphins have occured on Papa Westray and Westray alike. This image of an adult Risso’s with a calf was taken by Sandra on 16th June on Westray

Arctic Terns are hopefully finding enough food for their chicks, luckily this individual had caught a fish. 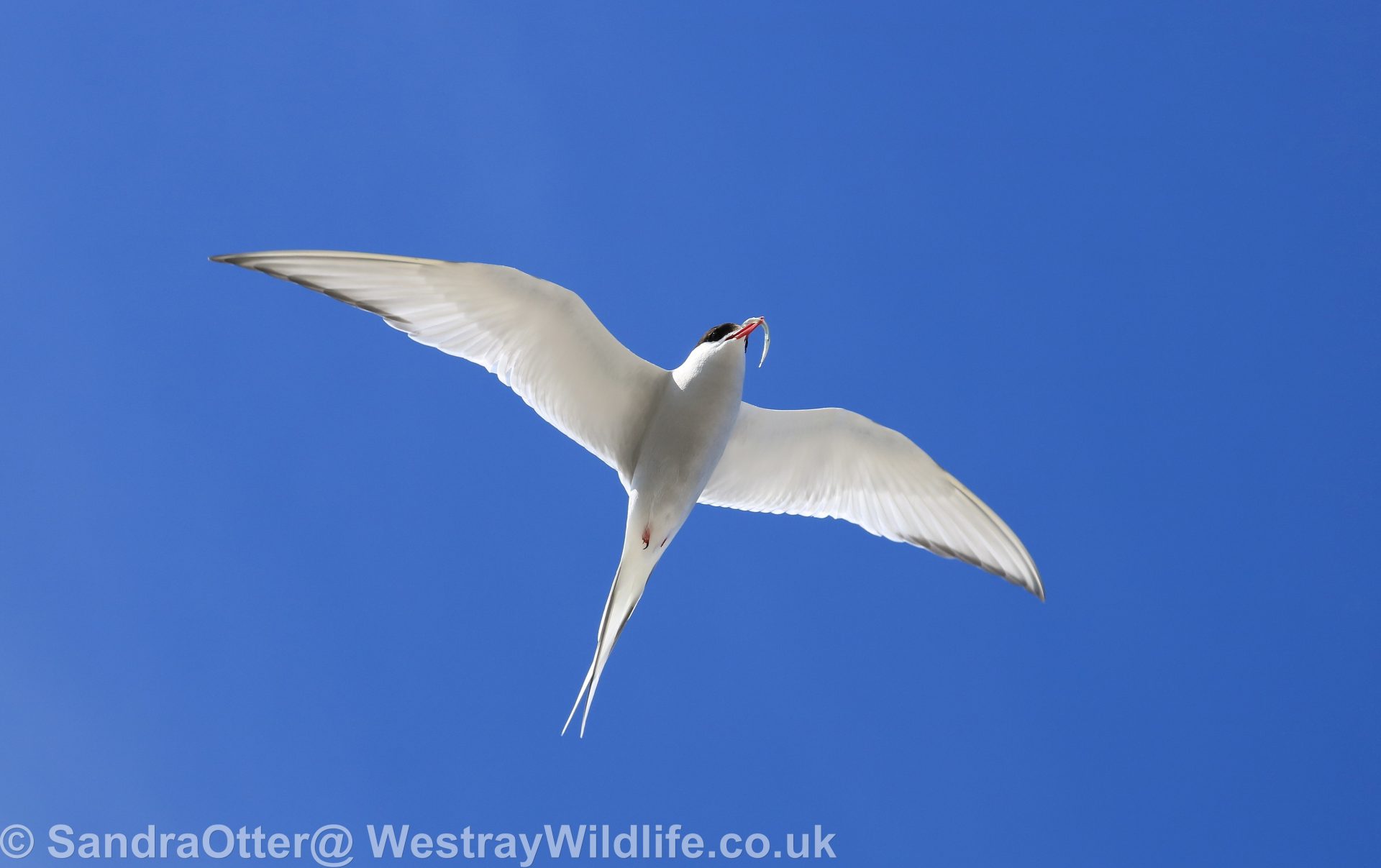 The Gannet colony at Noup Head is in full attendance with many birds on nests and fishing out at sea. The comings and goings liven up any visit to this area and our clients have seemed very appreciative of this seabird city. 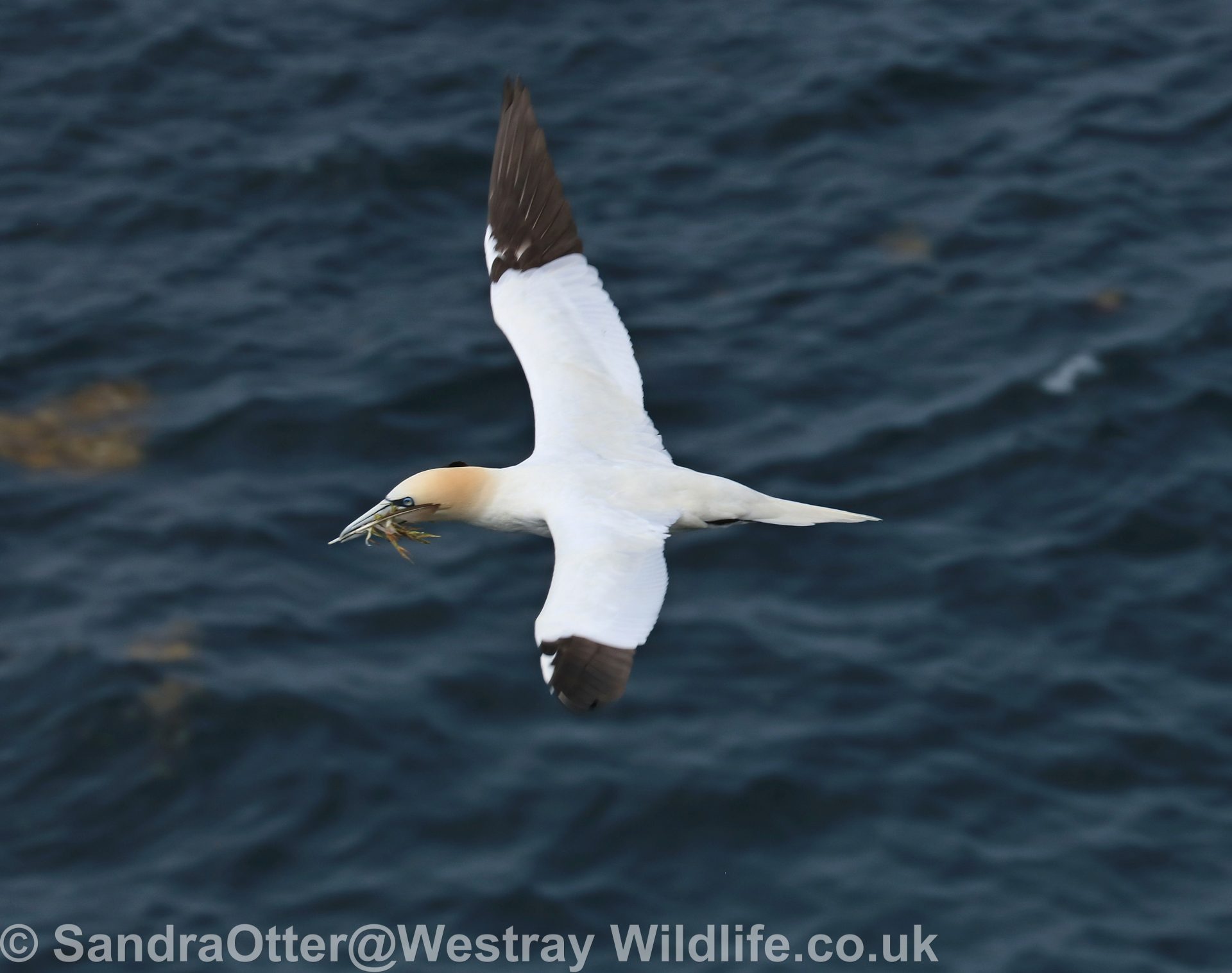 This last week(14th June) has been very exciting with Otter sightings in two places, a lucky observer witnessing a pod of 6 Orcas passing close to the shore and our first Great Yellow Bumblebee of 2018 being seen on 4th June.

An empty Flapper Skate egg case was found dried out on the tideline at Skelwick. Eider have ducklings feeding close in around the shores, and a family of Shelduck with 9 ducklings were enjoyed close in at one of the bays. Someone reported seeing 5 Risso’s dolphins off the north of Westray. Oystercatchers are with chicks, and some Lapwing have very advanced young already. 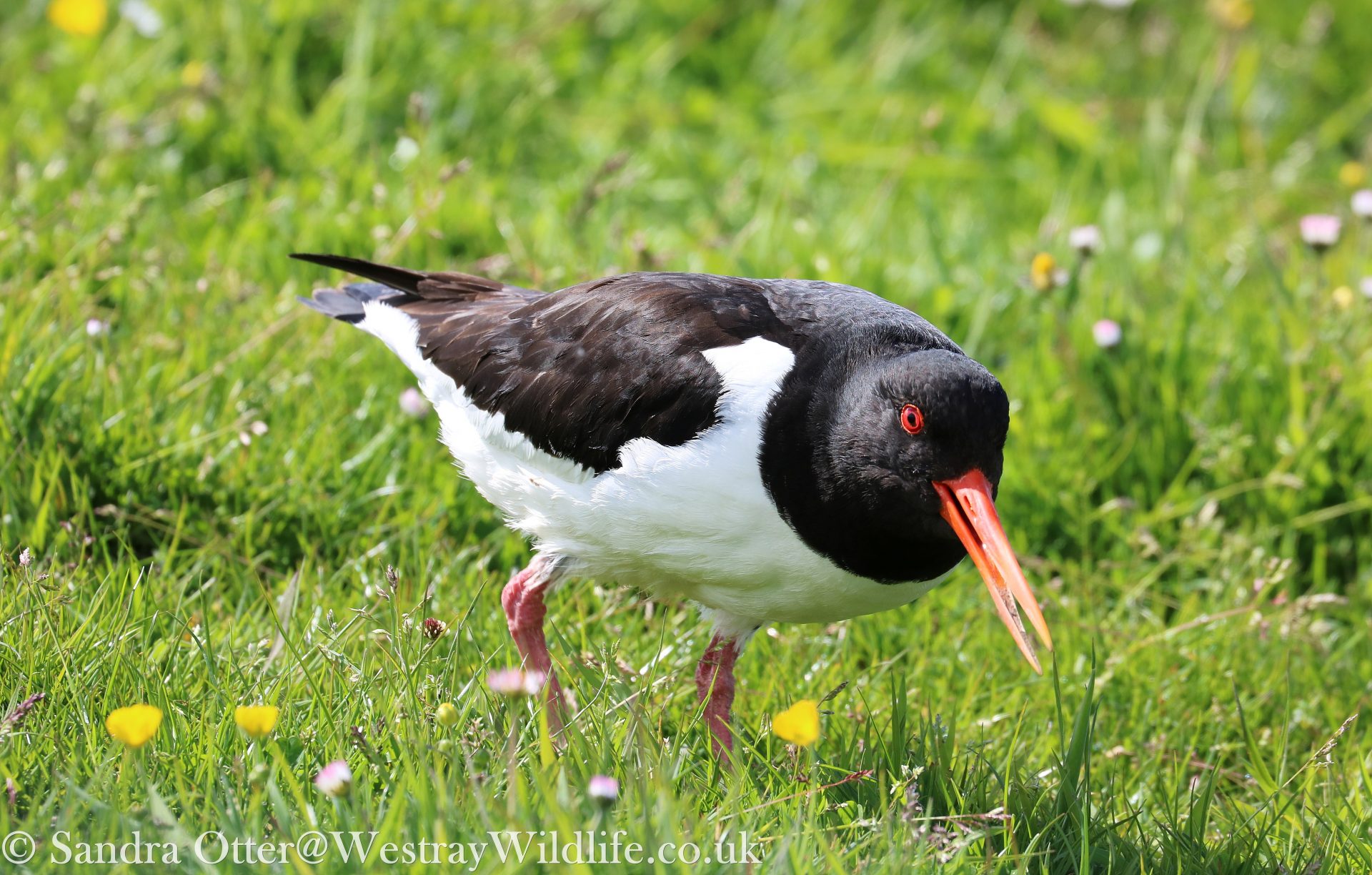 Black Guillemot seem to be lower in numbers on Westray this year, but are looking fine in their summer plumage where they occur. Fulmars have young sitting in most nests, some are still on eggs. Puffins are showing very well in good numbers in their usual nesting places. A Whimbrel has been seen preening and feeding in the head of an accessible bay to the south of the island on three occasions. 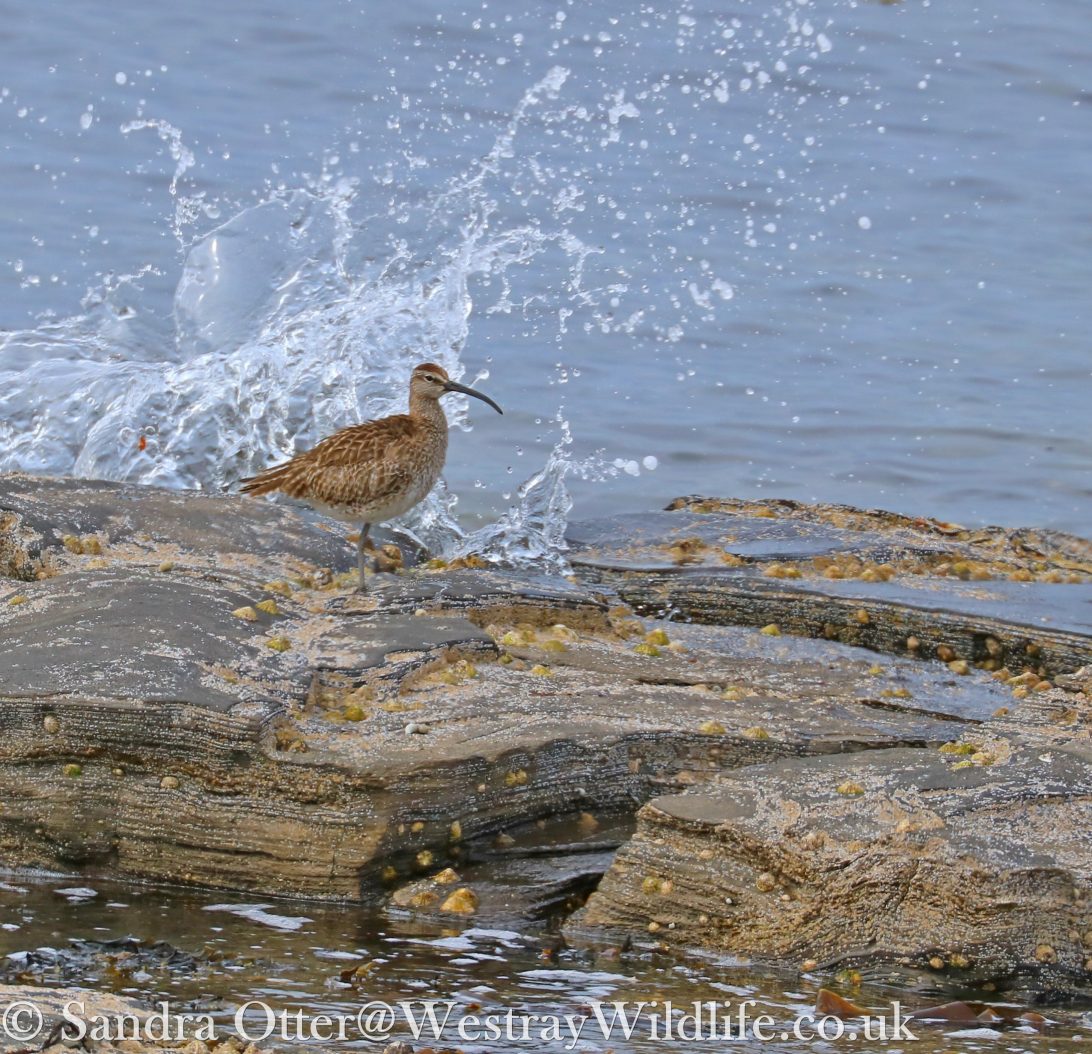 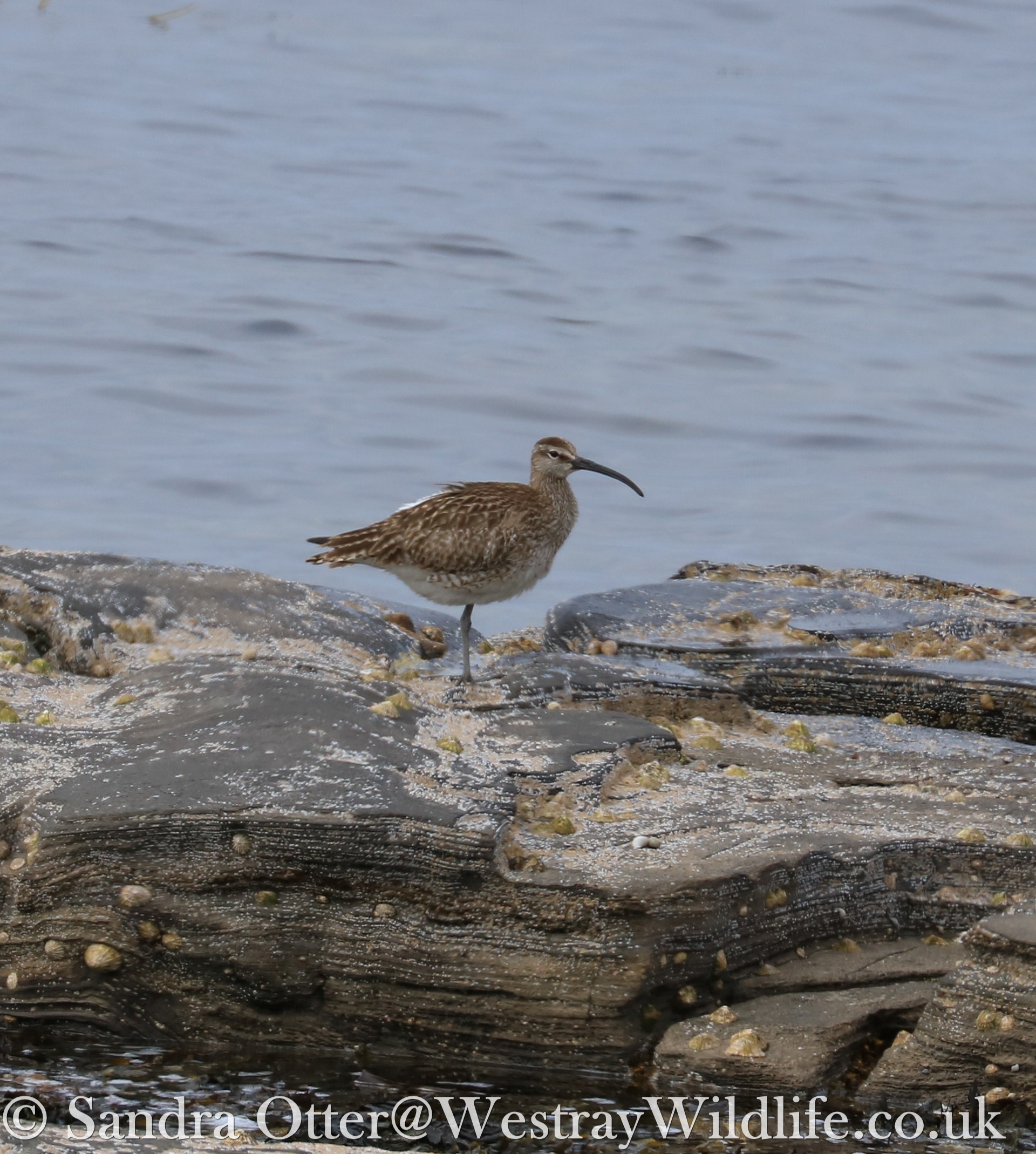 June is the month to see Common seals with their pups. One very young Common seal pup was observed resting on rocks with it’s mother. 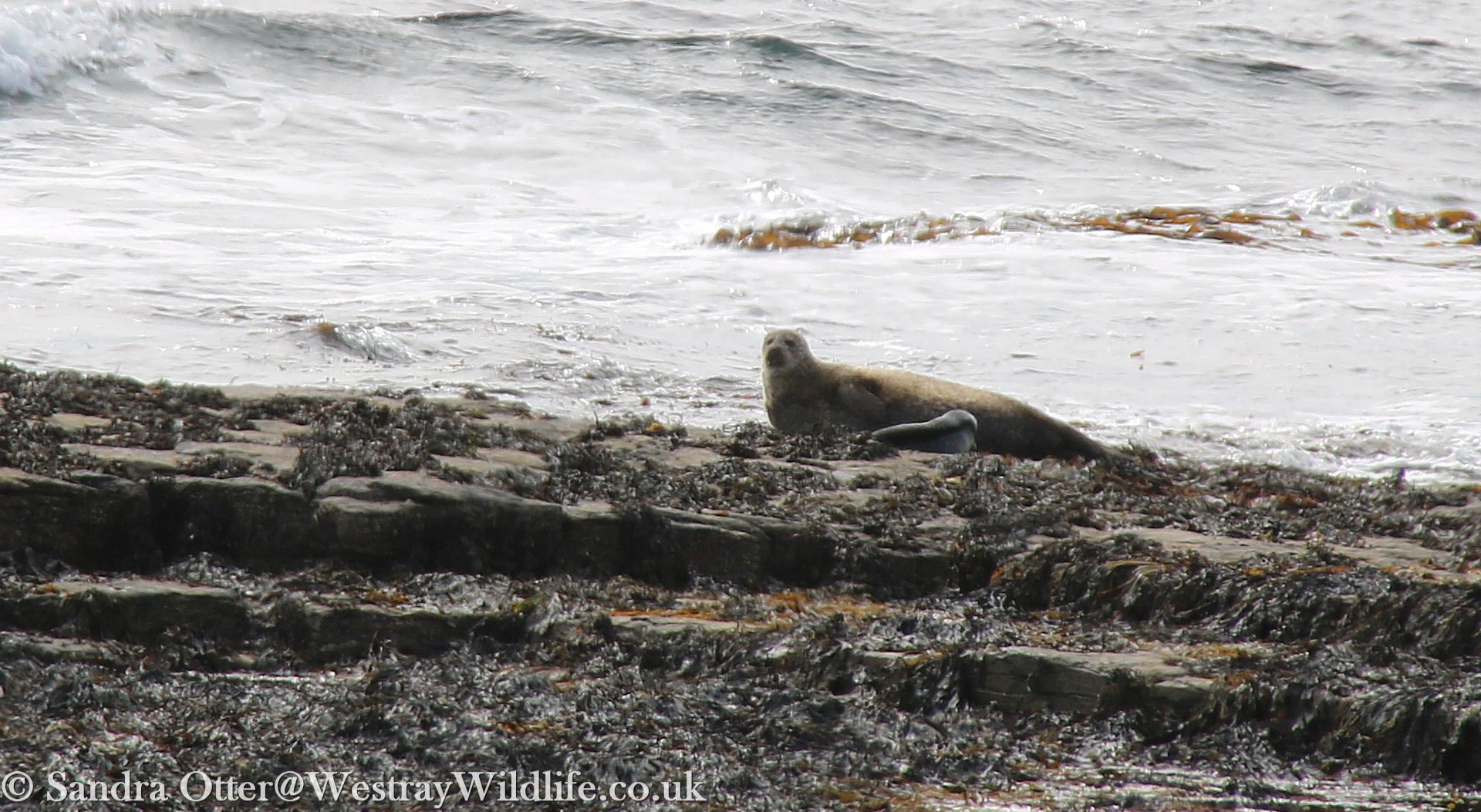 Common Seal with her pup

Arctic Terns are back. Flowers are bountiful at the moment and include Spring Squill, Bird’s foot Trefoil, Dame’s Violet, Marsh Marigold and the favourite Northern Marsh Orchid. 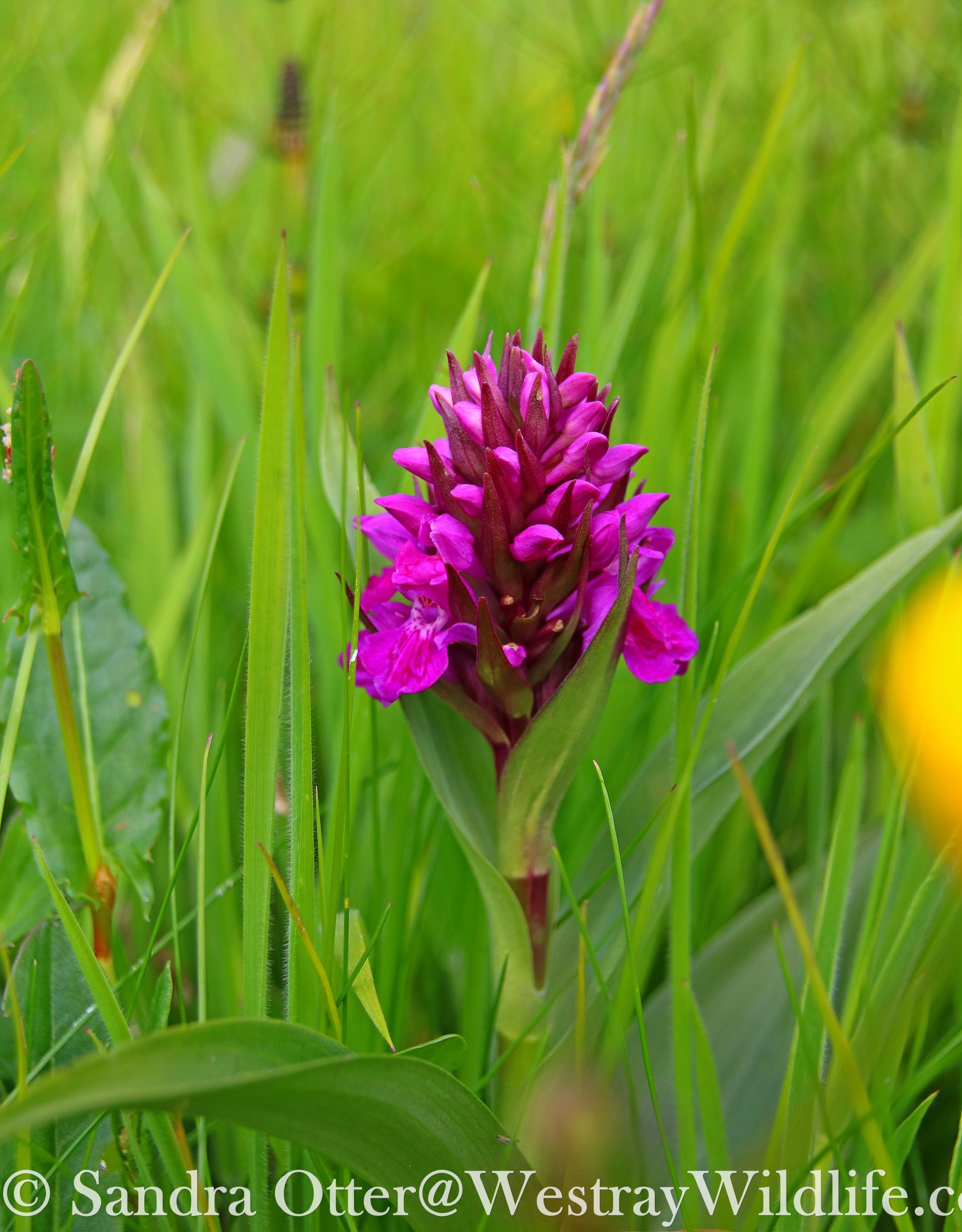 We were thrilled to be watching a pair of Water Rail feeding their eight chicks on Westray on 8th June.
Such a secretive bird, this is a very privileged viewing. 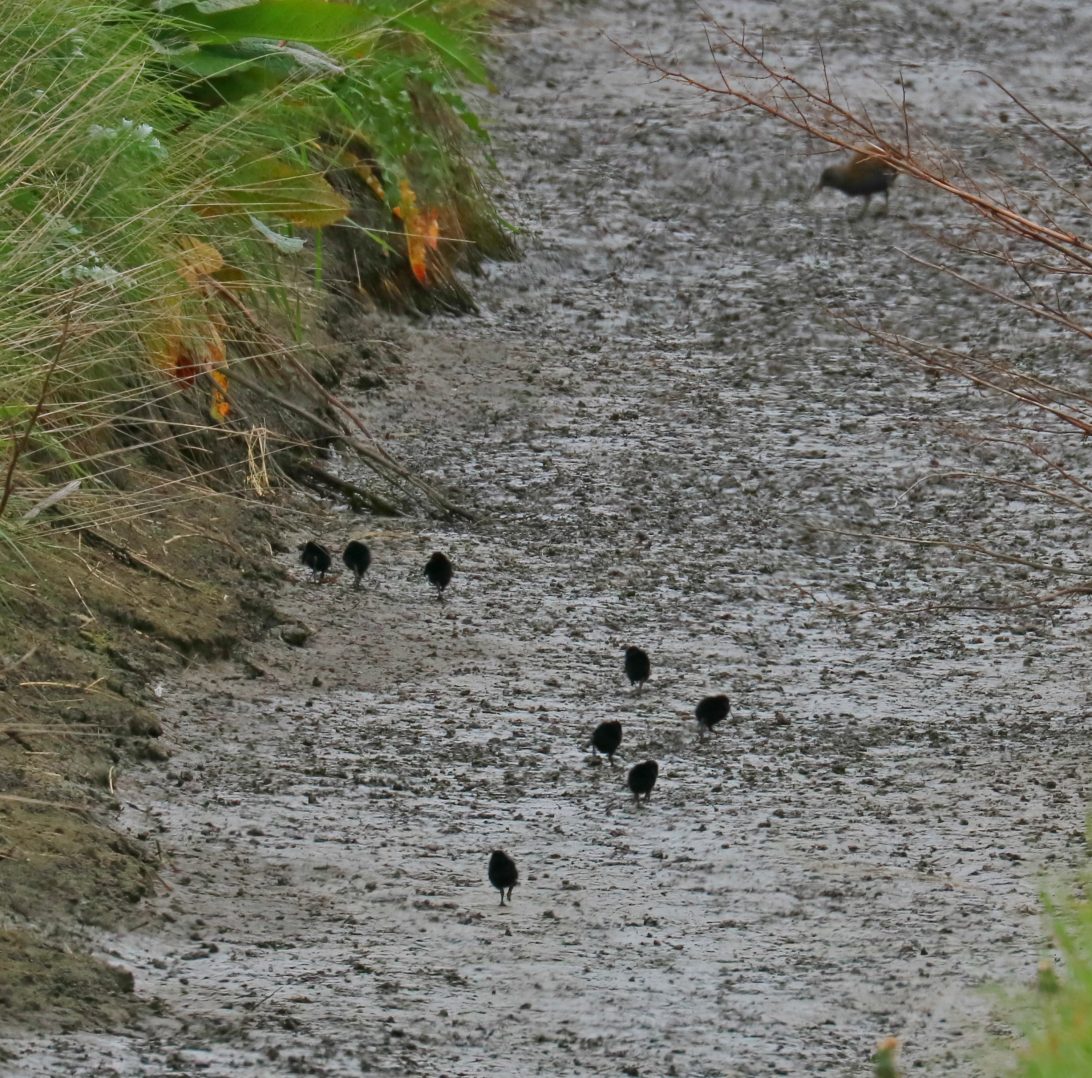 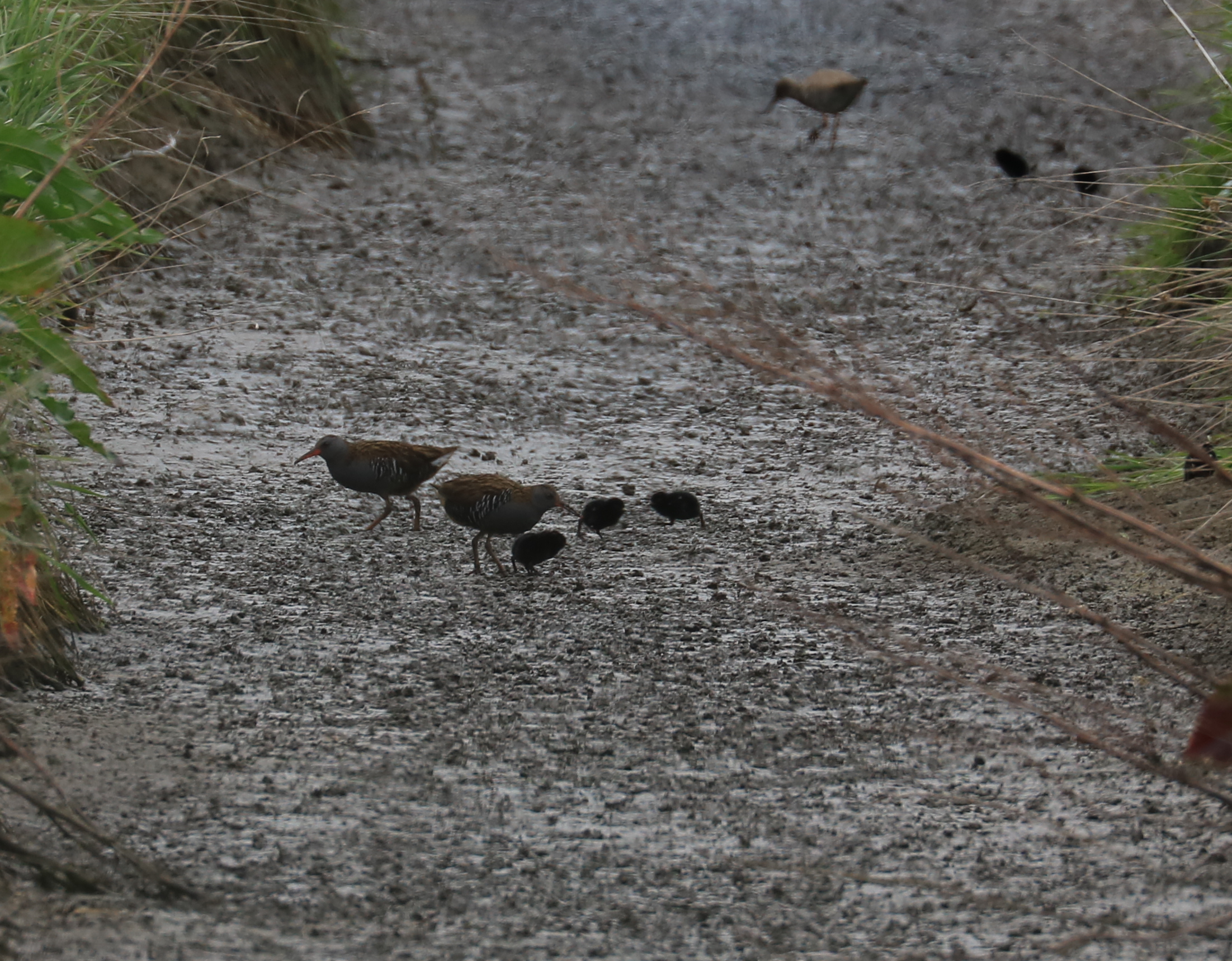 Pair of Water Rail with five of their eight chicks. Adult Redshank at the back near two of the chicks. 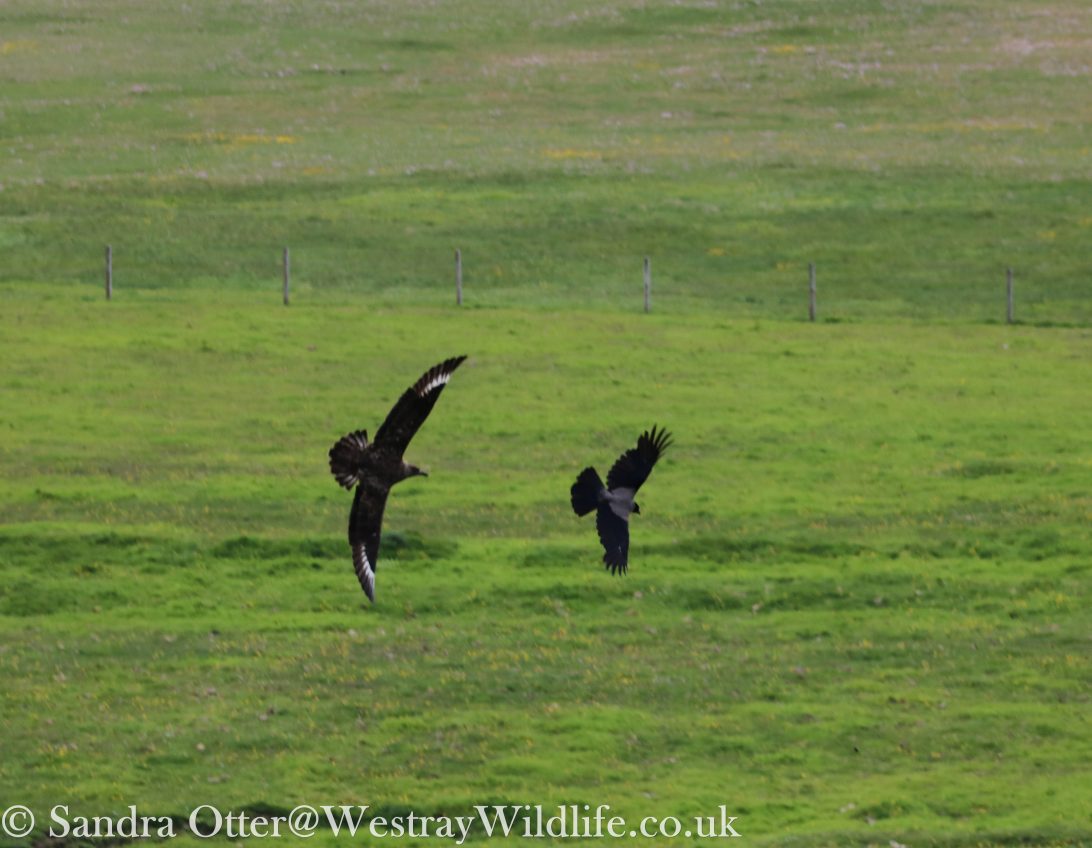 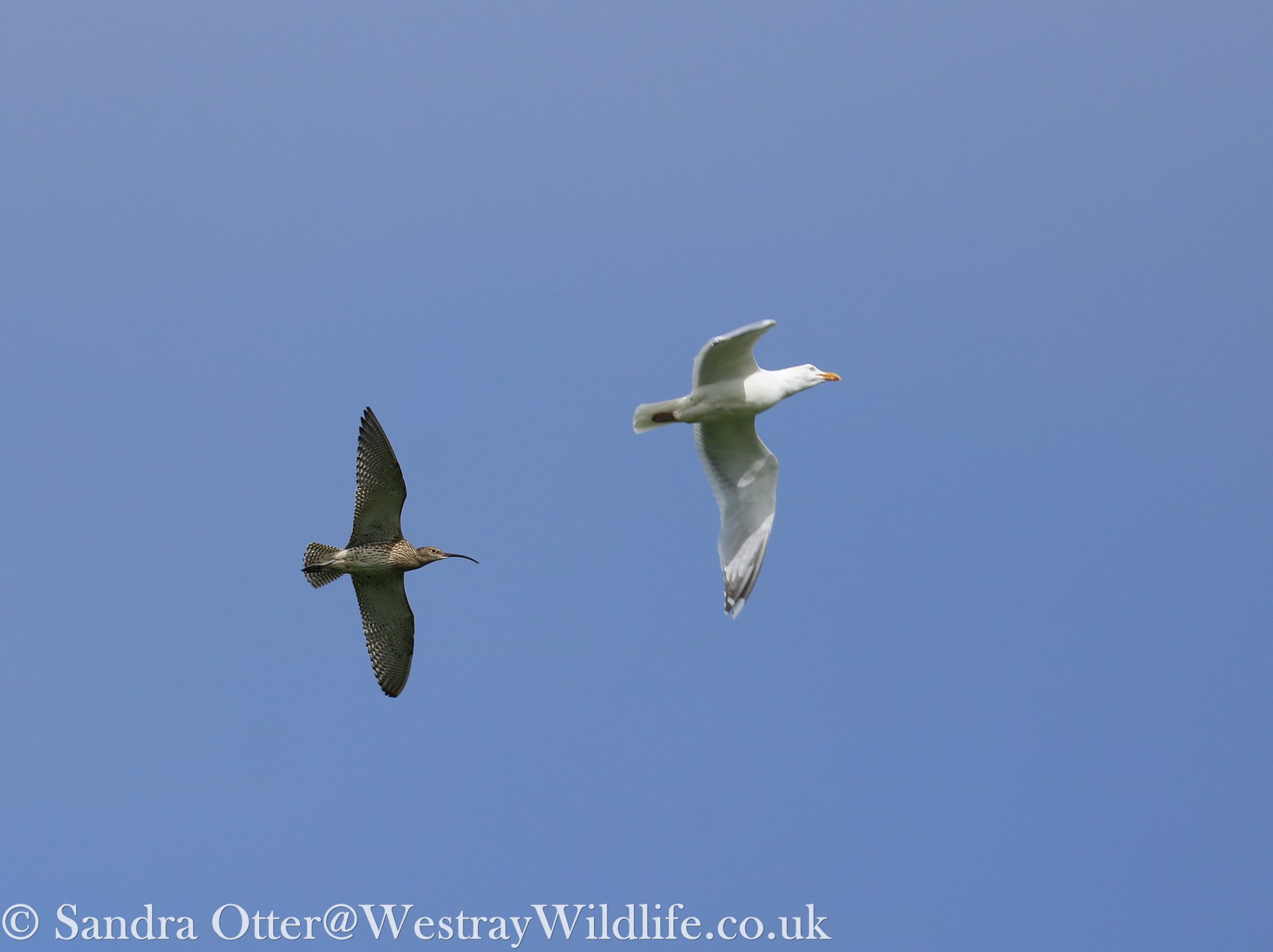 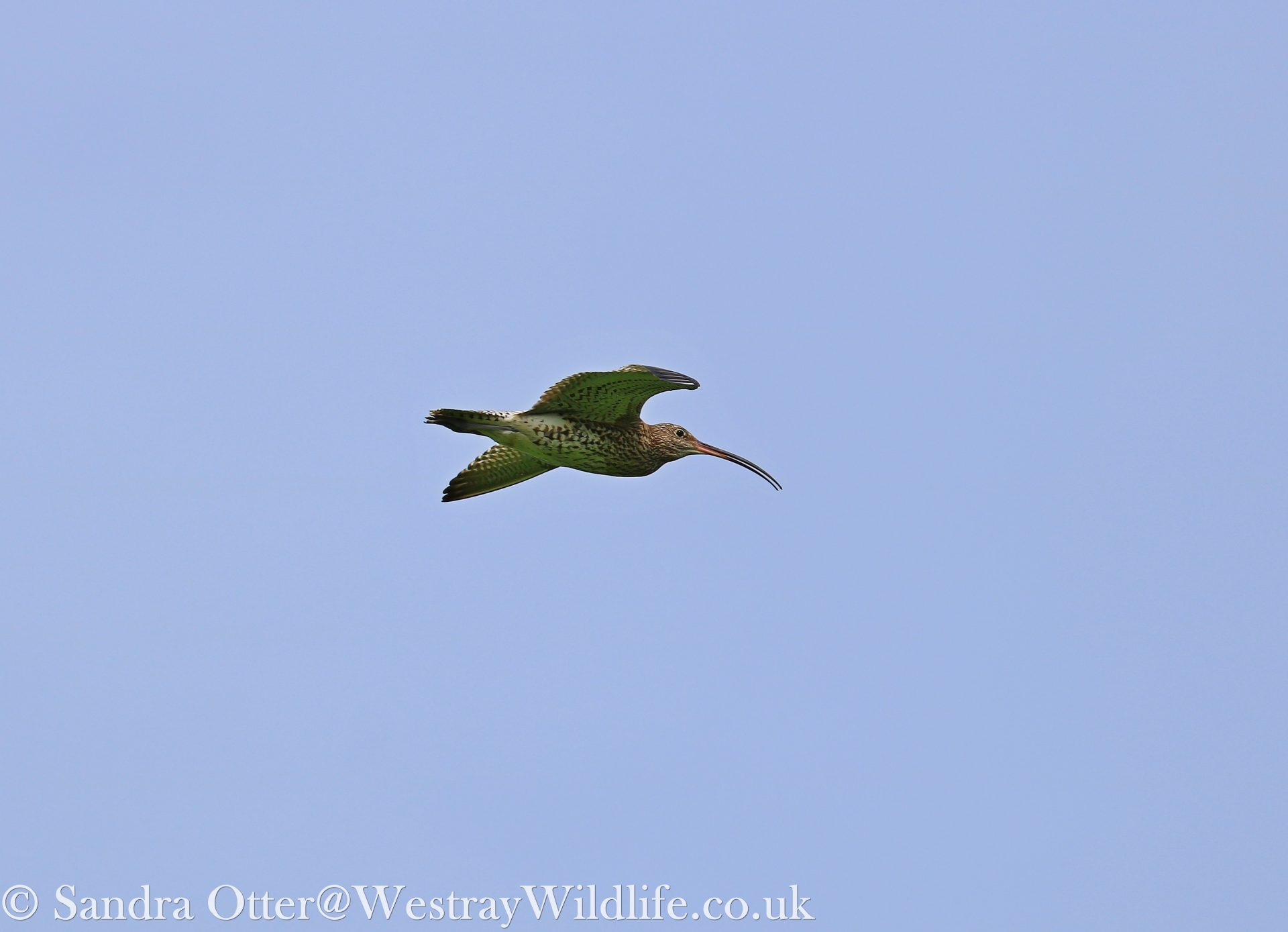