A male Ghost moth was seen lekking on 10th July at Skelwick with two female Ghost moths perching nearby. Three Two-barred Crossbills were  photographed by visitors to Westray on 13th July. At least one Minke Whale was observed  from Skelwick Bay feeding with an attendant group of Gannets diving while Arctic Skuas were picking food from the sea surface.

It was great to see the migrant hoverfly Scaeva pyrastri on Westray again yesterday, last seen a few years ago in a different part of the island. 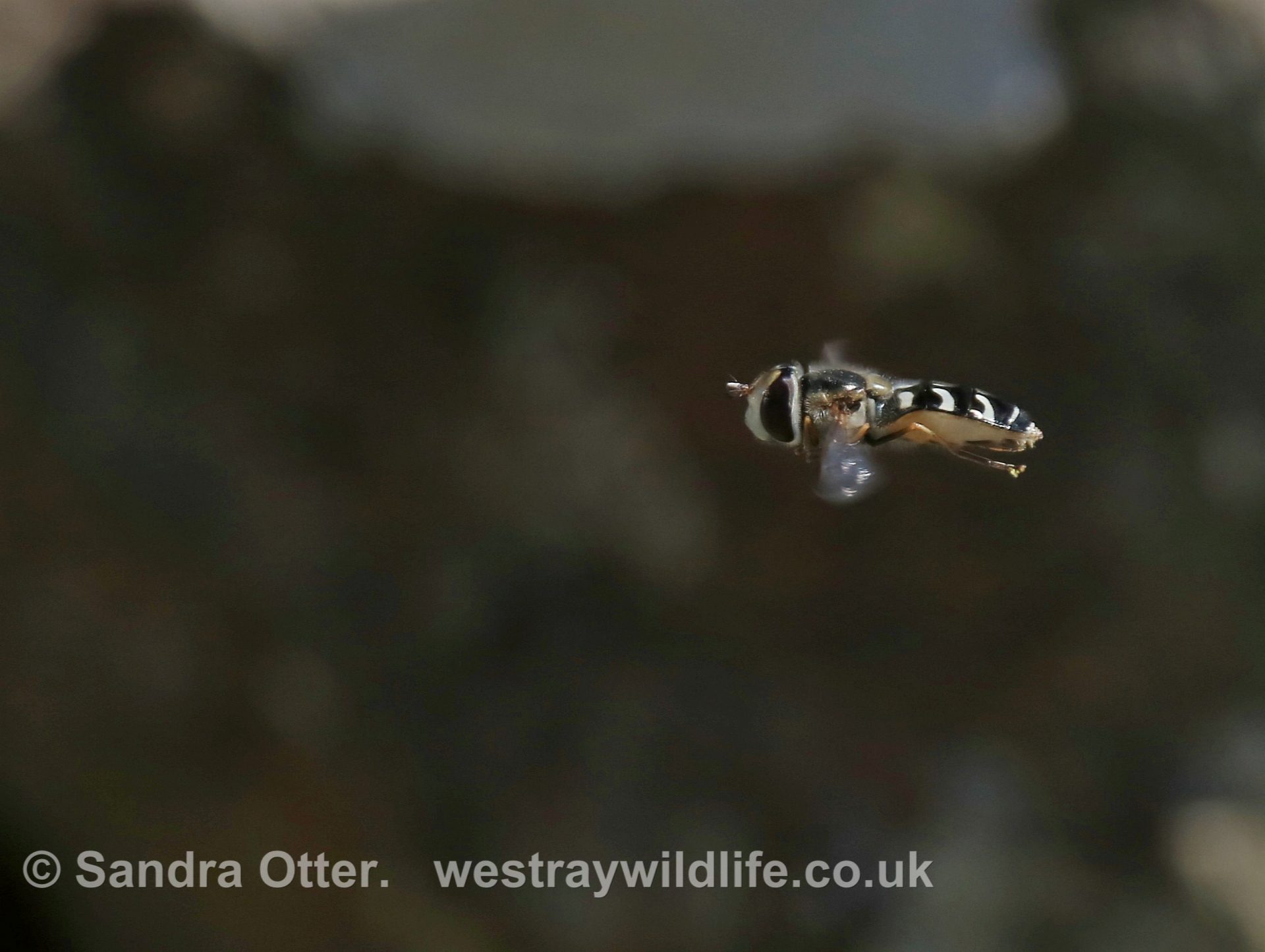 The screech of Arctic and Sandwich terns, high in the sky draws ones eye to the pirating behaviour of an Arctic skua as it attempts to steal a fish. This is a very regular occurance at the moment, as well as the anxious call of gulls as they chase away a Bonxie. There have been three  recent sightings of an otter in the north of the island as well as on Papa Westray, a short 20 minute boat ride across the sea.